So when I was little we would travel back to my mother’s home town of Norseville, NJ and visit my Aunt Donna and Uncle Bob. My mother was raised with Donna since the crib. Their parents were good friends, almost like sisters. So when they had kids they raised us together since the crib, well at least till we all reached our teens.

Whenever we visited them it was like an open house with friends and family walking in at all ours up to the wee hours of the morning. There was always a game of Yahtzee or Scrabble to be had. This was the same neighborhood where they would leave a pot of coffee on the stove and the kitchen door open for visitors while they were out and the local church always had a skating night, bowling night, dance, or fair to get people together. At this time having a family and working was nothing that could stop people from spending time with one and another.

So this March was Bob’s and Donna’s 50h anniversary so we traveled to Moneta, VA to see them. Their kids and spouses put together a surprise party for them which left these two speechless. Good people, good food, and music were had and created some great memories these two would cherish for the rest of their lives. People from all over the east coast ventured to this affair. Then after it all, we got to sit with them for a more intimate gathering. Much like the old days. Stories were passed along, including some embarrassing toddler stories they shared about me.

Then they welcomed our other old friends from my old neighborhood that were living nearby in Lynchburg, VA. Lynn and Don Wirth were Cub Scout leaders for our neighborhood. Their two sons Shaun and Robin along with myself learned a lot from these two great people. Meeting them at Bob’s and Donna’s was the first time I and my parents have seen them in almost 30 years. Don was always the same gentlemen who always reminded you about something extraordinary that you did before he was going to say hi. I found out he shared my expertise and spirit as a goalie with his students in the classes he taught within various war colleges. Col. Don Wirth was Delta Force and the logistics expert for General Norman Schwartzkopf  Jr. for the Gulf War.  I also found out that he was the president of the martial art style I was trained in. My Sensei Comparato was the Grandmaster and Don was right below him in Kosho Shorei Ryu Kenpo Jiu-Jitsu. Go figure… 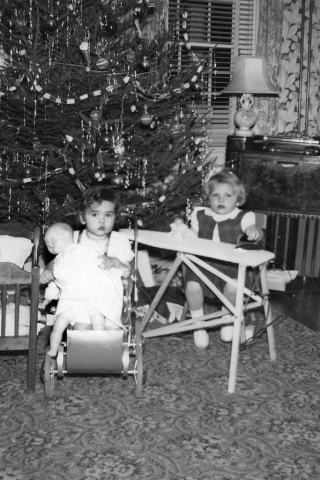 Then we went to Charlottesville, VA and I visited some wonderful stores. Locals call it C’ville. The town had a great pedestrian shopping area with a central lane and several side streets extending from it. This central lane was part of Three Notch’d Road which was named by the three notches in the tree used to mark it.  A young Virginian named Jack Jouett was woken by a passing British cavalry sent to capture the Virginian legislature including Gov. Thomas Jefferson,  Patrick Henry, Richard Henry Lee, Thomas Nelson, Jr., and Benjamin Harrison V. Jouett rode on the Three Notch’d Road to bring warning to Jefferson at Monticello prompting them all to flee to Charlottesville to hide in Jouett’s father’s Swan tavern before escaping again on Three Notch’d Road over the Blue Ridge Mountains.

Originally Charlottesville was a Monacan village called Monasukapanough. Colonialists later name Charlottesville for Charlotte Sophia, consort of King George III of England. It grew as a tobacco-trading point and later became famous as the home of presidents Thomas Jefferson and James Monroe and explorers Meriwether Lewis and George Rogers Clark.  Orange, located 26 miles (42 km) northeast of the city, was the hometown of President James Madison. The University of Virginia, founded by Jefferson and one of the original Public Ivies, straddles the city’s southwestern border.  Today it is the home of the Virginia Festival of the Book. Which unfortunately got canceled because of  covid 19 scare. Please help them out if you can to cover cancellation costs and still visit the various bookstores in Charlottesville that depend on sales from the festival to continue each year in business.

The many shops I visited were 2nd Act Books owned by the gracious Daphne, Rock Paper Scissors where Mara was a great help providing me with some great stationery, Anna was great (who was a Conan fan) at Telegraph Art & Comics where they had some great illustrated books about The Dark Crystal, Then New Dominion Bookshop just had a wonderful looking store, then the woman at the Blue Whale Books was wonderful and I wish her arm much healing, then Maggie was just full of whimsy at Alakazam Toys, and great old-world hospitality and food was to be had at Blue Ridge Country Store. At the end of the lane in between all of these shops was a low long wall which invited people to put a little art on it. Many chalk drawings were added to it by a bunch of little scampers. Also make sure you visit Ike’s Underground, for he is truly the most interesting and helpful character out of the whole bunch I had met. 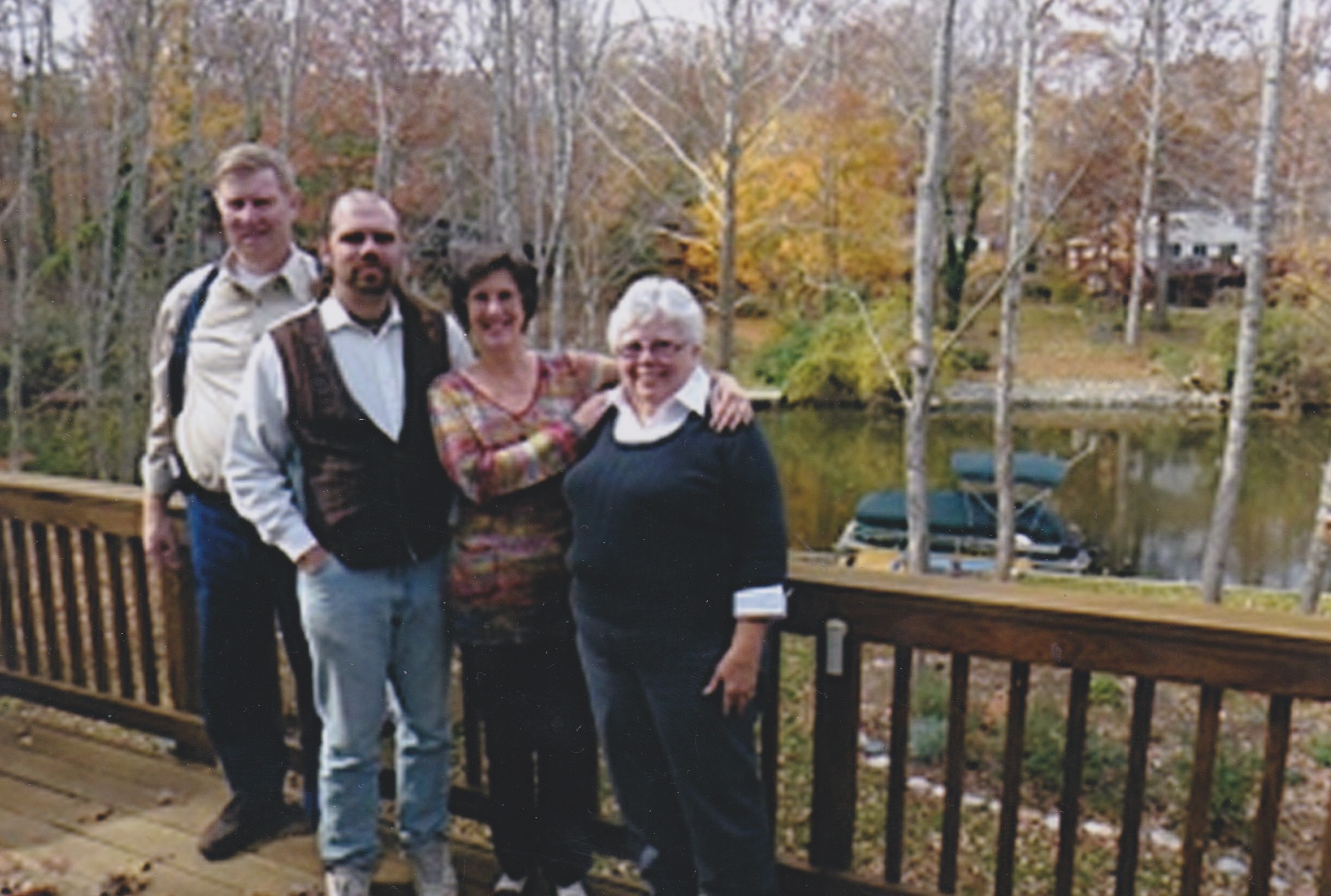 Afterward we went to Little Lake VA to visit our cousins Elmarry and Charles. We had a great meal at a local Italian restaurant and headed back to their place to catch up.  Charles introduced me to a Photoshop alternative for the iPad called Affinity, and Elmarry introduced us to the BBC comedy Mrs. Brown’s Boys.  Now Elmarry’s mother Eleanor was my Grandmother’s sister who used to check out our muscles as we were growing up to see if we had a grape or grapefruit… Eleanor was the shortest of the sisters who would go galavanting at the nightclubs dancing up a storm in the roaring 20s. They had fast cars and would spend many afternoons on the polo field. Plus I believe they were all over 6ft.

Their father might have been the son of Edward H. Hulton Sr. who created the 2nd largest newspaper chain in England. Their father might of told his father to go to places and moved to America where he ran the print shop for JH Tooker Print Co. printing Broadway, silent, and talkie posters including Gone with the Wind. There was a Horror movie poster show presented by Kirk Hammet of Metallica at the PEM in Salem MA. The first poster in the show I had seen could of been printed by my great grandfather. It was a poster for the lost Lon Chaney film London After Midnight.

Edward Hulton the Younger (who my great grandfather started out to be) supposedly stayed in England and became a Baronette, but he really was a Mr. Lytham that Edward Hulton the Elder met at the track. A year after my great grandfather left for America there was someone running the papers in his name and his father had died. At one time Mr. Lytham offered my great grandfather the family fortune, but he refused it saying he was the Hulton’s here and they were the Hulton’s there. Lytham died within the month after his return to England. This was after he sold the papers from under the England Hulton’s to a Lord Beaverbrook who was a Nazi sympathizer. Edward Hulton III in England became famous for The Picture Post magazine and as a character in All Creatures Great and Small as Lord Hulton.

Why did I sidetrack into family history? History is important. It tells us where we came from. It gives us a map of events and people that should not be forgotten. It leads us sometimes back on track. Like the road of Three Notch’d Road it preserves us. It links us to a series of logic. For example, how can you understand the modern car fully if you don’t understand the horse carriage it was based on? Sometimes important stuff gets forgotten that we should find again. I use an old bronze razor that sets up my beard nicely because it holds the heat from the faucet; why are we using plastic razors now that don’t? Family history preserves us. Ideas like a community that gathered around a church that went beyond religion, leaving a pot of coffee behind for friends, inviting your close friends into your home as aunts and uncles of your children, taking hikes, meeting at social clubs, dancing, and smiling are all things I learned from my family that made a recipe for the communities they lived in. So I don’t think it was a bad sidetrack at all.

Then again as I travel around the country looking for community, I will bet you a turnip or two that I will find many sidetracks. Sidetracks can be profound. My Uncle Al made a sidetrack that helped bring about Yogi Bear! My great Grandfather brought us movie posters for Gone with the Wind, Cabin in the Sky, and touched a mystery about a lost movie, after he brought the daily news to England through his Daily Dispatch. His father had a sidetrack from being a compositor at the Manchester Guardian printing his own newspaper about the horses at the track till he got fired and met a sheep dealer who set him up with his own newspaper. The sidetrack brings you into strange connections. My grandfather Captain Ralph Dowgin (NJ State Trooper) worked for Norman Scwharzkopz Sr. after a trooper suggested that he sidetrack from the practical jokes that were going to end him in jail and my den leader Mr. Wirth ( Presidential appointed Col. Army) was sidetracked into a dark warehouse that in time led him to work for Norman Schwarzkopz Jr. Who knows where a sidetrack will bring you and what impacts they might have. My grandfather led to Christine Whitman’s political career and Mr. Wirth planned the victory in the Gulf War. But, the biggest sidetrack and connections I wish upon my journeys is, to connect us to one another again. Wishing we all can see each other as much as Fred and Barney did, which my Uncle Al helped bring about.